Showing posts from October, 2008
Show all

October 30, 2008
I think this originally appeared on the AM680 News website: "With Halloween fast approaching comes a warning to parents and kids regarding Sherwood brand Pirate's Gold milk chocolate coins imported from China. The Canadian Food Inspection Agency is warning the public not to eat, distribute or sell the candy. It is sold across Canada by Costco and may also have been sold in bulk packages or as individual pieces at various dollar and bulk stores. The chocolate contains melamine which is the same chemical responsible for killing several babies in China, and sickening thousands more." http://www.inspection.gc.ca/english/corpaffr/recarapp/2008/20081008e.shtml http://content.costco.ca/Images/Content/misc/pdf/FoodSafetySherwoodPiratesGold-Oct82008.pdf (recall notice from Costco)
Post a Comment
Read more

Election Day - Do the "Right" Thing

October 13, 2008
Canadians should not react to the media hysteria when voting. Harper, who has kept the job as prime minister for 32 months when pundits only thought he would be in power for 12, has been excellent at the helm. He has made incremental changes that have been for the betterment of the country. People are upset that he didn't "react" to the economic crisis that is going on in the states. I'm sorry, but I don't want a politician that makes decisions and acts out of emotion and false urgency. I want one that is even-tempered, intelligent, rational, and truly thinks about what is best for Canada in the long term, not what is best for his election prospects. That has been, and should continue to be, Stephen Harper and his Conservative party. Voting for the Liberals is a vote for a man that cannot lead on his own. Without Dion's aides, he is lost. Voting for the NDP is a wasted vote, although that would split the leftist votes and help the Conservatives come up throug
1 comment
Read more

Cats Hiding From the Rain

I wish I had taken this picture, but I didn't. It was a picture my father took on a recent trip to the Barbados. Cute, eh?
Post a Comment
Read more

This wasn't an entirely fair test because the P5000 was shot at the 35mm lens equivalent of 36mm, while the P6000 was shot at the equivalent of 28mm. The original pictures were shot as jpegs at their highest native resolution (10 MP, 13 MP), auto white balanced in camera, with no additional post-processing. These images are zoomed in approximately 11x from the original pictures for the P5000 pictures, and 13x for the P6000 pictures.
Post a Comment
Read more 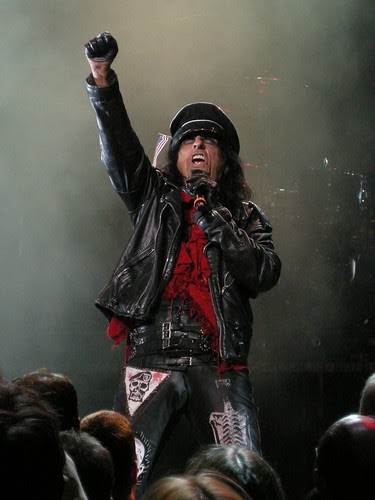 October 03, 2008
Here's a great little free utility that will analyze your usage of the focal length of your lenses, show charts for ISO, aperture, and shutter speed. Very useful if you want to learn more about the kinds of pictures you take. Learn more about it here: http://www.cpr.demon.nl/prog_plotf.html
Post a Comment
Read more