November 01, 2010
This is just a quick test blog from Windows Live Writer, which I’m testing at the recommendation of @dougpete in his “An Upgrade Worth Having” blog.

I’m going to test if it can post a draft to my blog that can be opened on Blogger, as well as a quick test to see where it stores pictures that I attach from my computer. 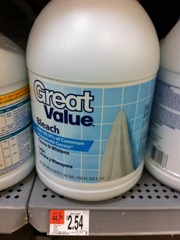 After I confirm that this gets uploaded correctly as a draft, I’ll finish editing it in Blogger and report on where it stores the picture.

The draft uploaded properly to Blogger (which is where I am finishing the editing), although it appears that some of my paragraph formatting got messed up somewhere along the way, so I've had to fix that before posting.

Overall, the test seemed to pass, other than some formatting issues. Will I use it as my main blog editor? I'm not sure, but at least I'll know it's there as another resource, and a free one at that.