Showing posts from 2013
Show all

We now have all the session titles listed for the conference, with only a few descriptions left to get from the presenters and post online. http://www.acse.net/conferences/2013-conference The important thing though is that the registration page is now up and running.  To register, visit http://goo.gl/z8q1mJ , and to pay, visit http://paypal.acse.net . The conference is at the University of Toronto on November 23. If you're a student teacher, and for the lucky few out there that are retired from teaching, the conference fee is just $45. For the rest of us, the conference fee is $90. Please pass this email along to others you know that are teaching Computer Studies or Computer Technology or related subjects at the colleges or universities, or to anyone that might be currently taking their AQ. For those teaching a related AQ, why not make the conference a requirement? If you have any questions, feel free to email me ( pbeens@gmail.com ) or Grant Hutchison ( grant.hutch
Post a Comment
Read more

Fellow #ECOO13 Photowalkers! If you haven't yet had a chance to join the flickr group we've set up for the photowalk, please do so and check out the discussion areas we've started for you. In particular, have a look at the "Night Photography Resources & Tips" and the area where you can post your test pictures before the walk. bit.ly/ecooBITphotowalk Also, if you haven't yet filled in the pre-walk questionnaire, we'd love it if you could. We'd like to get some indication of the range of skills (and equipment) of the photographers who will be accompanying us! >>>  Please complete this questionnaire  <<< If you missed the email that was sent out earlier about the photowalk, you can  view a copy of it here . Note that we will be meeting in  Salon A  of the Marriott Gateway hotel at  8:15 pm .  We are NOT meeting at the conference centre.  Before we depart, we will start with a group picture and then some quick introductio
Post a Comment
Read more 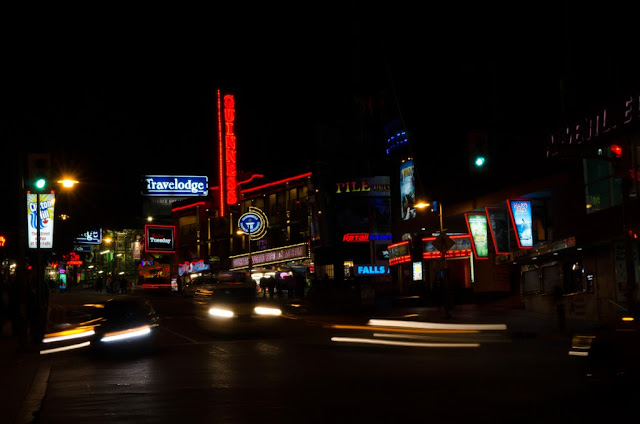 From Wikipedia : "A camera raw image file contains minimally processed data from the image sensor of either a digital camera, image scanner, or motion picture film scanner. Raw files are named so because they are not yet processed and therefore are not ready to be printed or edited with a bitmap graphics editor. Normally, the image is processed by a raw converter in a wide-gamut internal colorspace where precise adjustments can be made before conversion to a "positive" file format such as TIFF or JPEG for storage, printing, or further manipulation, which often encodes the image in a device-dependent colorspace." The bottom line? Raw files contain much more information than JPEGs, which can be used to your advantage when post-processing, as this example demonstrates: Before After By working with the raw image (Nikon NEF converted to DNG , in this case), I was able to cleanly increase the exposure, bring out the details in the "shadow" part of
Post a Comment
Read more

October 15, 2013
On behalf of OCTE... (see below) ----------------- Welcome to a new school year. We hope you have started the new year with exceptional classes and we wish you a safe and rewarding year.  The Ontario Council for Technology Education invites you to become a member for this 2013-2014 school year and take advantage of the benefits of being a member. Check out our website ( www.octe.on.ca ) for resources to help you make your life easier and utilize the shared projects on the website.   With a new school year and new budgets, now is the time to go after funding for membership and our upcoming Spring Conference (May 8-10, 2014) at the Delta Meadowvale Conference Center in Mississauga. This year's theme is "Transitions through Technology". Soon we will have the Conference program available and for the first time, you will be able to select your preference of workshops you would like to attend.   Should you have any questions regarding membership, please co
Post a Comment
Read more

This graph should be updated automatically as I enter the mileage for my 2013 hybrid Sonata. For those viewing from the U.S., note that the MPG here are reported using Imperial gallons, which are approximately 20% larger than U.S. gallons.
Post a Comment
Read more

July 31, 2013
(from the OCTE executive...) OCTE members and board contacts, The Ontario College of Teachers is currently searching for French language technological education teachers (specialized in the various broad-based areas) to assist with the content and conceptual review of the French language versions of Schedule F Additional Qualification (AQ) course guidelines in Technological Education. See  http://goo.gl/WSamKb  (Google Doc) for details.
Post a Comment
Read more

Hmm, I seem to have found a bug somewhere in this Google+ photo transfer process... I used the Google+ IOS app to privately upload some pictures from my iPhone to #Google+. I downloaded the album from Google+ to my laptop (PC), which does so as a zip file. When I extracted the pictures from the zip file, none of the filenames had an extension!  Thankfully I had Bulk Rename Pro, which let me easily add ".jpg" to the end of all the filenames.  Anyone else observe this?
Post a Comment
Read more

A quick search of Kickstarter showed me five alternatives for wallets: NU Lifestyle Card Holder/Wallet Machine Era Wallet The MostRad™ Minimalist Wallet (Integrated RFID Protection) Ball and Buck: A Minimalist Wallet for Real Men A Simple Wallet made from Used Bicycle Innertubes All of them have the one feature I'm looking for -- something thin that can be used in the front pocket of my jeans or the front pocket of my motorcycle jacket.  Sadly, I missed the boat on the NU Lifestyle wallet . They had a very cool aluminum RFID-blocking version that I loved the look of, although it was quite expensive at $90. The Machine Era Wallet is a simple, milled piece of an aluminum -- quite minimalist in its design and features. The Kickstarter price is $28. The MostRad Wallet  looks very capable and has integrated RFID protection. I missed the early bird pricing of $25, but the regular price is only $5 more at $30. The Ball and Buck Wallet is $48 for
Post a Comment
Read more

Storm Clouds - Before and After 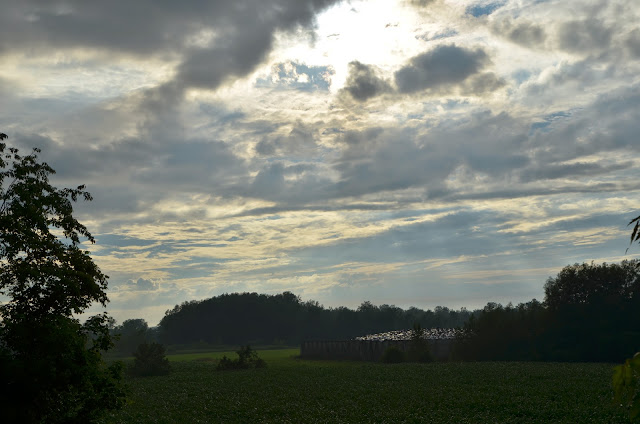 Just a little experimentation with Lightroom 5.  The top photo is the jpeg original, as automatically exposed by the camera (Nikon D7000, 17-55mm f/2.8G IF-ED lens, 0.001s, f/8, aperture-priority mode, automatic colour balance).  The bottom photo is the result of the post-processing in Lightroom, using some tips I picked up from this video . Before After
Post a Comment
Read more

June 13, 2013
The recent notice issued by the Ministry of Training, Colleges and Universities (MTCU) and the Ministry of Education (MOE) to stakeholders in education. The notice states (in part) that the Ontario College of Teachers’ accreditation regulation will be amended to: double the initial teacher education program to 4 semesters double the minimum practicum to 80 days introduce mandatory core element In response to many enquiries recently received, the executive would like to assure its membership and tech teachers across the province that we have been and will continue to work for the best interests of technology education teachers in Ontario. With respect to teacher training, OCTE has been very vocal in expressing serious concerns about the proposed amendments and the impact it will have on attracting exceptional, tech experienced candidates to the teaching profession. OCTE executives have met with College of Teachers representatives on several occasions over the last two and a ha
Post a Comment
Read more 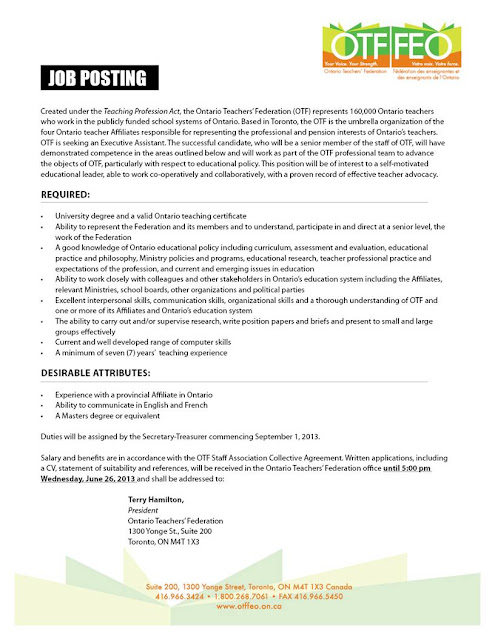